What is chronic pelvic pain? — Chronic pelvic pain is internal pain in the area bellow the belly button that lasts 6 months or longer. It often involves the sex organs. Sometimes the pain is tied to problems with the intestines (or the bladder.

These are the internal organs that make up a woman’s reproductive system. 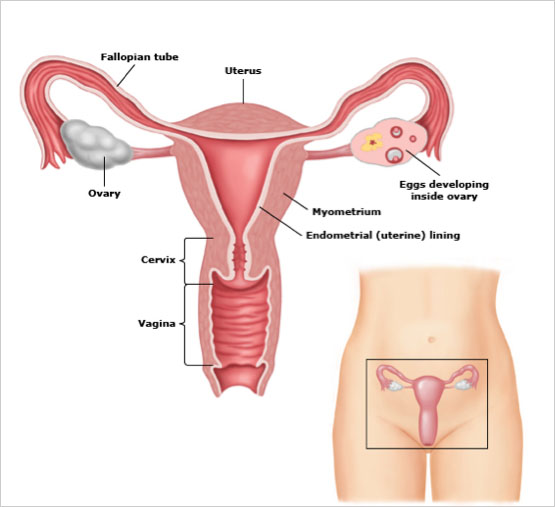 This drawing shows the organs in the body that process food. Together these organs are called “the digestive system,” or “digestive tract.” As food travels through this system, the body absorbs nutrients and water.

Chronic pelvic pain can be caused by several medical conditions, including:

Are there tests I should have?

If you have pelvic pain, your doctor will probably give you a regular pelvic exam. He might also order some blood or urine tests. Depending on your situation, you might also have:

How is pelvic pain treated?

That depends on what is causing your pelvic pain. Possible treatments could include:

Some women benefit from treatment at a pain clinic. Pain clinics offer special treatments for pain, such as: